On Environmental Trends and Impacts 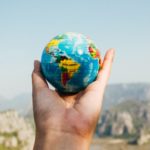 America has certainly come a long way in the last 150 years. There are so many advancements that have made life much more comfortable, safe and healthy for most Americans. But with advancements, has also come the continuous understanding that we have a responsibility to be more energy conscious, more environmentally aware and more proactive in both areas.

With the advancements in electricity and heating, there has been some great progress that has been made in lifestyle. However, some of the electricity supply sources have come at a cost to the environment. That is why many regions in the country and the world are working on more ways to be green conscientious and environmentally friendly.

Trends in The Environment

Advancements in pollution control and a reduction of emissions, as well as better centralized sewage system plants, have all been significant helpers in keeping the planet healthier than it was just 75 years ago. In many ways, it is hard to imagine how life was back even during the 1800s. So much of our world revolves around the amenities we have today.

But greenhouse gasses and carbon footprints are still at record highs over historical times. There are also major concerns about pollution, population, the environment and climate impacts. While there are many things that play a role in the climate change that the world is presently experiencing, such as increased volcanism, there can be no doubt that human population and environmental impacts play a significant role as well.

Management of Pollution, Over Population and Deforestation

There is a significant need for people to pay attention to rising population trends and how well the planet is cared for. Increasing problems with the proper removal, disposal and recycling of trash especially plastics is of great concern globally. There is certainly much more than needs to be done and can be done. Mandating plastics be recycled, creating a much larger percentage of biodegradable plastics and fining people for littering plastic in and around any public land space should be a top priority. This should include all waterways and significant enforcement of fines would be the beginning of changing the tide of some of the damage.

Another major change must occur in the realm of pesticide pollution. This has had a terrible adverse reaction on waterways, plants, animals and the insect and bee population. In addition, there are many studies that have linked pesticide run off with cancer.

Finally, the earth cannot properly sustain its inhabitants without changes in human habit. This includes stopping extensive deforestation and curbing over population . In the United States stopping the process of incentivizing the families of lower-income households to continue to have larger families they cannot afford just so they can stay on welfare, has been one of the approaches to curbing unnatural family building. This is known as the “Family Cap” and is a law in 19 states. There has also been a sustained campaign to reduce teen pregnancies. Both may be part of a broader solution in America to overpopulation.

However, the problem of overpopulation is global in scope. China, the most populated country in the world has had a one-child policy to curb the population they cannot sustain which they only recently raised to two. But all these changes are part of a global initiative of checks and balances for sustaining long-term the resources on the only living planet we have.

This entry was posted in Energy & Environment.