A Promising Future in Transport and Logistics Emanating from Memphis, Tennessee 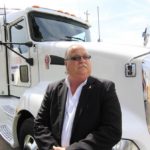 When it comes to the business of moving goods and services in the country, nowhere will you find a more promising future than right in the heart of Memphis. There is a reason why most of your cargo and freight goes through this part of the country. Something’s going on in Memphis, Tennessee.

Recently at a get together of major logistics and transport businesses hosted by the Department of Civil Engineering from the University of Memphis, a clear and consistent message pervades among its attendees and speakers: the business of logistics and transport is booming and thriving at an all-time high. CEOs, presidents and their officers of major corporations.

Dr. Stephanie Ivy, the host’s moderator, speaking as the associate dean of research with the Herff College of Engineering, introduces the event in such a positive note. She enthusiastically declares there’s no better time to be in the transportation and logistics business. Indeed, she’s not alone in expressing this optimism.

Memphis has been the capital of logistics and transport since it began its transformation in the 50s. The city looked at its geographic location and saw itself as the hub that links the East and the West, even as it holds its sway along the Mississippi River. It’s geographically the center of everything.

Five major freight railroads and two Interstate Highways of I-40 and I-55 intersect through Memphis, Tennessee. These became major transport corridors for the whole country. Even now, two new interstate highways are being built. These shipments and cargoes come in and out straight from the Mississippi River. The world’s second busiest cargo airport is in Memphis. It’s no wonder that major logistics shipping has its base there.

It makes sense that employees and independent contracting services related to the logistics and transport industry will continue to grow in demand, especially in this region. A CDL Truck Driver Positions Mid South of the United States where he will certainly get a more than fair deal. Even the opening of routes for small trucking companies that came from the previous deregulation has helped increase commercial activities. There’s so much growth for everybody, from the driver to the CEO of companies.

What happens in Memphis emanates throughout Tennessee, Mississippi, Missouri and Kentucky and to the rest of the United States. The roads, the rivers and the flight path of cargo planes all pass through this central logistics and shipping hub. And as the world grows, the hub grows.

So if you are in business, especially when you’re in wholesale and distribution, it makes sense to consider being in Memphis or around it. Proximity in this digital age is still a premium. Goods and services that need to cover physical distance benefit from being close to such an important hub.


The Chief Operating Officer of a major group of companies believes in Memphis from the perspective of a supply chain as it is to him the greatest logistics center in the world. Memphis can touch 80% of everyone in the United States in less than a day by truck. That must be something.