What Is The Truth About Extracts That Come From Cannabis 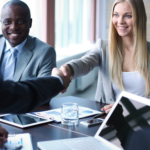 The cannabis industry has triggered immense attention among hundreds of people. Currently, there is so much curiosity from both the poor and the rich; with the latter investing billions of dollars to the concerned projects. The passage of the 2018 Farm Bill has occasioned the legalization of the production of industrial hemp. In some states, medical marijuana is legal and many more states are pushing bills to the government for legalization.

Meanwhile, the Food and Drug Administration is still holding back the issuance of rules which will guide the sale of CBD products. As it is now and according to the FDA, CBD products are not legal whether edible or supplement form. This is one of the many issues dozens of lawmakers are pursuing, citing that the CBD products are not going away any time soon. In any case, their use by the Americans is almost 7%, and this is likely to escalate to 10% in the coming years.

In three years, Forbes estimates that CBD sales are likely to hit $22 billion. This is because of the growing popularity coupled with the fact that the extract is considered a health and wellness product. Some of the retail stores have exclusive shelves for CBD.

On the other hand, technology has made it easier to make cannabis extracts such as hash otherwise known as cannabis oil. This is the oldest of all cannabis concentrates and is enjoyed by people from every corner of the world. Others include Kief, moon rocks, rosin, shatter, sugar wax budder and crumble among others.

Extracts are considered to have a higher medicinal value, sufficient to treat all sorts of ailments. A majority of them will not only provide a sense of calmness, but their consistent use results in glowing skin. This alone is a sign of potential business and has pushed many companies into creating multiple CBD products with extracts.

The number of people spending on cannabis concentrates is increasing by the day thanks to propelled vaping. The act of inhaling using THC extracts has taken off lately with improved experience by the day. It is a game changer because it doesn’t emit as much odor as the use of marijuana cigarettes. The effects of using inhaled concentrates are felt almost immediately and lasts longer between one to three hours. Most of them have about 80-90 percent THC.

According to Forbes, the increased sales in extracts is as a result of more people turning to vape. They are more appealing because they are easy to use, are portable and a healthier option. The growth of concentrates seems to be outpacing both the flower and the edibles in the United States.

All these have resulted in a fierce business competition within the cannabis markets. Apparently, and as anyone would expect, the competition is not shielding away new brands from entering the marketplace. In any case, they are taking advantage of the lack of consistency in the products available in the existing markets such as Colorado, California, and Washington.